Life as an Expat, Living in Korea, My School, Teaching English

It Takes A Village 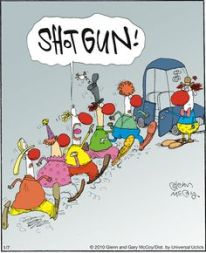 Starting last week my school moved to its new, permanent location about 20 minutes outside the city. The campus is absolutely huge and beautifully tucked into the valley of some small mountains with a distant view of the ocean (pictures to come later)! However, it makes for a bit of a longer commute and especially for me, since I don’t have a car, a slightly more complicated journey to and from school.

But the process of figuring this all out has been much smoother than you might think, because for a long time now it has been the subject of much conversation among my fellow Korean coworkers. As the moving date loomed closer, more and more teachers began to ask me/my co-teacher how I was going to get to and from school each day. In broken English, I would try to explain there was only one bus in the area that came every 50 minutes or so, and the bus stop was a good 20-minute hike away. Then, in Korean, my co-teacher would interject that she planned to pick me up at a meeting spot each morning and drive me home at night. “Ahhh kah-pool,” other teachers would nod in understanding.

Today marks the first full week of classes and thus, my first full week of kah-pooling. All was fine and well with the former, and the latter actually went even better than I expected!  Besides from my co-teacher, I was also given rides home by three other coworkers! In the mornings I met the same teacher at a corner near my apartment, since the route she drives to work is closest to where I live. But in the evenings my Korean chouffer changed almost every day. See, everyone besides me generally works much longer/later hours, so I can never count on one specific person to ride home with each day, the downside of which is that I’m at the mercy of others’ schedules and can never really know what time I’ll be able to leave school. But it definitely beats paying for a cab, riding the bus or– God-forgid–walking, and so far I’ve been able to leave around 5:30 or 6:00 most days.

All in all, I’m really grateful to be working with such kind and generous people. And the thoughtful way they’ve looked out for me and shared in the kah-pooling system goes to show it doesn’t just take a village to raise/teach a child, it also takes a village to take care of a waygook.

One thought on “It Takes A Village”